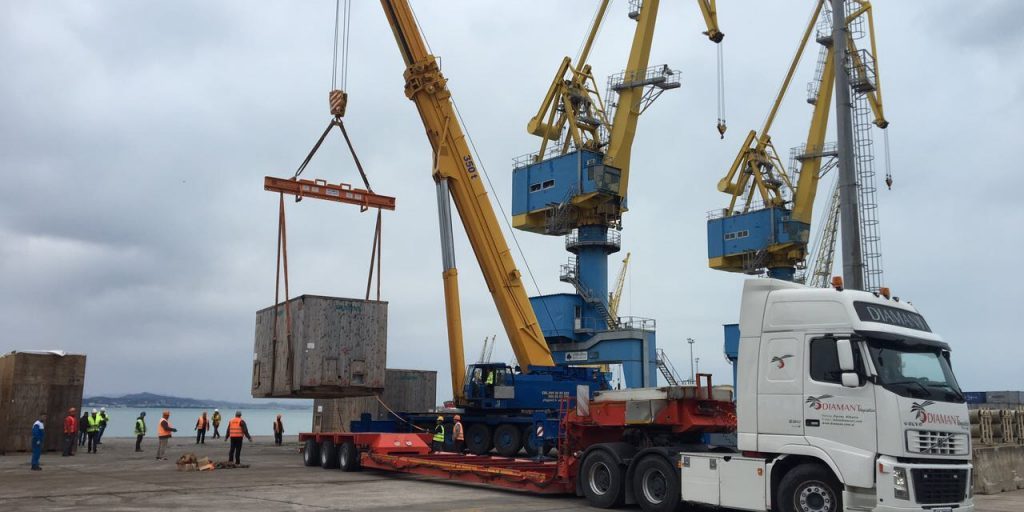 Diamant concludes another successful project, on behalf of one of the major and well known contractors in the energy industry.

Highlights of the Project

Nine items with exceptional dimensions, on which the maximum height was 4.15 m, left the Netherland to arrive in Durrës, with Seman, Fier as their final destination. These items form an integral part of the gas station in this area.

Diamant performs all marine agency activities including all port and marine services in order to allow the vessel to berth and discharge on time. The items were discharged at the Port on the 14th of March according to all safety parameters during this delicate operation. Diamant Customs Agency, well known for handling big project clearances, made all the import clearance on time and according to the Albanian Customs Code.

Diamant made a road survey of the transport itinerary more than two months in advance in order to identify all the critical points. Thanks to the Authorities collaboration, Diamant took several actions to minimize the risk of the transport such as removing the side protectors on some curves and removing the electric cables hanging on some city areas; all these measures were taken in accordance to permits and safety on road.

The transport of the items was completed as per schedule required from Contractor and without any delay. All the transports were done during the early morning hours in order to avoid the traffic. The escort cars did also their part by monitoring speed and managing traffic.

The discharging of the items at site is also a very important part of this project, not really because the items were heavy, but because the specifics on their unloading and for the very strict safety rules. That is why Diamant completes this task with success by bringing a 350t crane, thanks to its great networking and international partnership.

Planning, great coordination and the right knowledge on handling projects made this happen, again, and determine once more the name of Diamant as leader in Albanian Transport and Logistics.